Is the Bible Static or Dynamic? 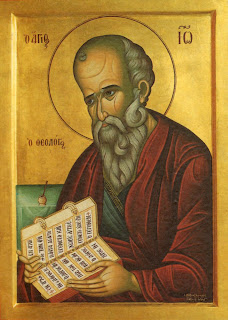 Here's the post where I might get myself in trouble (as if the previous ones haven't already).

I want to talk about how we see the text of scripture from beginning to end -- and how that might be different today. The idea I'm going to present is called Progressive Revelation, which is essentially the idea that God has revealed himself to his people in greater detail over the course of time.

Within the Hebrew scriptures there is a move from less knowledge about God to more knowledge about God. In Genesis, the people have some understanding about God but there is no written, moral code for them to follow. So Abraham, Isaac, and Jacob (and all the rest) are either told by God (or angels) what to do, or they figure it out for themselves.

With the coming of Moses (more than 400 years later) the Israelite people finally got a written code of conduct in the Mosaic Law (or Torah). Traditionally the Mosaic Law is considered to be the first five books of the Old Testament. The Torah formed the basis of Jewish tradition and practice and continues to do so even today.

As the Israelites moved into the land of the Canaanites they developed more writings in history, poetry, wisdom, and prophecy. All of those writings add specificity to the laws of the Torah. So when Hosea shares God's words, "I desire mercy, not sacrifice" (6:6) it further explains the purpose and meaning of the sacrificial system outlined in the Torah.

That the process of further revelation continued in the New Testament is clear. Jesus' most famous teaching is comprised of further explanation of the Law. In the Sermon on the Mount Jesus' refrain is: "You have heard it was said... but I say to you..." Through that he clarifies laws on adultery, murder, divorce, and revenge.

Further, Jesus promised to his disciples that he would send the Holy Spirit to teach them everything (John 14:26). The Spirit was meant to fill in the blanks for what Jesus was unable to teach his disciples while he was with them (John 16:12-16).

Then we get the further writings in the New Testament where the apostles (primarily Paul) continue the process of revelation and explanation. For example, Paul taught that the food laws of the Jews were not applicable to Christians (Rom. 14).

That there is a progress in the revelation of God's word and will from the beginning of the bible to the end of it is without question. The question is when or if the revelation has stopped. This point will likely be one of the first points where the readers will disagree. As such, I will do my best to present both sides of the disagreement as fairly as I can and let you decide where you stand in the issue.

This belief is often tied to the idea that miraculous spiritual gifts have also ceased to exist in the world. The reasoning is that the outpouring of the Spirit on the apostles was of a different kind than the Spirit received by all Christians. The apostles had special authority to perform miracles, to confer the Spirit on others, and to reveal God's word. There isn't much biblical evidence for this view except a somewhat stretched reading of 1 Corinthians 13 that takes the "perfect" that is meant to come as the completion of the scriptures which would then allow miraculous gifts (i.e. speaking in tongues and prophesying) to pass away.

This view puts a high value on apostolic authority and the integrity of the bible. It allows for the changes from the Old Testament to the New without undermining the authority of scripture altogether.

Another approach is that the revelation that began in scripture is continuing even today. Advocates of this view will often point to the bible's affirmation (or acceptance) of slavery as being a placeholder until God revealed that no person should be a slave. The strong religious arguments over slavery during the fight for abolition highlighted this divide. Those in favor of abolition pointed to the overall message of love and equality in the bible and cited Galatians 3:28, "...there is neither slave nor free..." in support of their cause. While opponents of abolition  pointed to words by the same author (Paul) exhorting slaves to obey their masters (Eph. 6:5-9).

Advocates of continuing revelation would say that they are engaging both the Old and New Testaments in the same way that Jesus and Paul engaged the Hebrew scriptures. The newer understandings are proof, to them, that God is continuing the work of his Spirit even today.

Another weakness of continuing revelation is that it weighs the opinions of people on the scales of interpreting scripture. So the same logic could be applied in the opposite direction -- making something out to be a sin that is not listed as a sin in the bible (as in the case of teetotalers), or justifying actions that are not in line with the core message of the bible (e.g. The Crusades).

This is the first point where someone can take the bible seriously and affirm homosexual relationships. One must believe in progressive revelation and that it continues today and that the core message of the bible allows for the rejection of the passages prohibiting homosexual behavior. There are similar interpretive moves with affirming gender equality and abolition of slavery, however the gender and slavery issues are easier to process while still holding a high view of scripture (we'll get into that in a later post).

Which strengths of the different views are most compelling to you? Why?

Which weakness of the different views are most compelling to you? Why?

If you had to pick either continuing revelation or closed revelation as a belief, which would it be? Why?
Posted by James T Wood at 8:26 AM